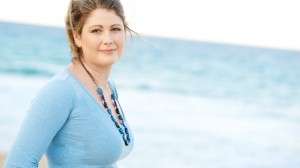 Drawing on her study of the human condition, Kylie loves to place flawed, relatable characters in complex relationships , find extraordinary in the ordinary, and ask the question – why do good people do bad things?

Her third novel THE DAY THE LIES BEGAN  Launched August 2019.

Camping with children. Would you rather poke sticks in your eyes?

Digital Cocaine: Parenting in the age of iPad addiction.

In Conversation with Carolyn Martinez

What kind of parent are you. No, really?

Articles About Kylie and how she writes

Australian Fiction Authors May 2022 – One Of Us

Video Interview with Kylie Kaden on Better Reading at : https://www.facebook.com/watch/live/?ref=watch_permalink&v=745445263142200

OUR VERY OWN KYLIE KADEN

Nomination for Book Of The Year – The Westerner Nov 2015

What the Hell is ‘Muse’ anyway?

Got a Kindle? Order your Kindle edition, or print copy of Losing Kate or Missing You here at Amazon
Losing Kate – Amazon