Behind the tall hedges of the affluent, gated community of Apple Tree Creek, not all is as it seems …

Out of the blue, Gertie’s husband decides they need a break and he’s leaving her with their three children.

Two streets east and three gardens down, successful businesswoman Rachael discovers her husband has cheated on her – again – even though she’s pregnant with his third child. Thrown together by a chance encounter, the two women bond over the shared disaster that is their marriages.

But did one husband push his wife too far? When the ambulance sirens cut through the serenity of Apple Tree Creek, the small community is shocked at the violence that’s played out in their midst. CCTV reveals no outsiders visited the estate that night, confirming that the assailant must have been one of their own.

Is the culprit still living among them? And why didn’t any of the cameras, designed to keep them all safe, catch anything? As the web of neighbourly relationships unravels and the workings of their inner lives are exposed, questions will be asked, but not everyone wants to learn the answers.

You can only push people so far.

These characters are so real – Kylie Kaden provides fascinating insights into the intricate relationships between wives and husbands, children and teenagers.

I loved the friendship between Gertie and Rachael as they supported each other through difficult times.

One of Us will keep you wondering what really happens inside a marriage. 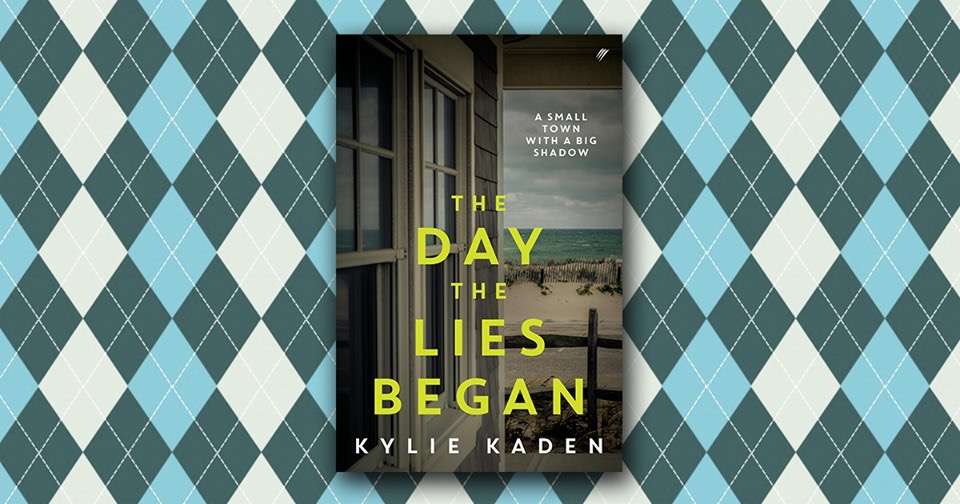 ‘It seemed simple at first – folding one lie over the next. She had become expert at feathering over the cracks to ensure her life appeared the same. But inside, it didn’t feel fixed.’

It happened the day of the Moon Festival. It could have been left behind, they all could have moved on with their lives. But secrets have a habit of rising to the surface, especially in small towns.

Two couples, four ironclad friendships, the perfect coastal holiday town. With salt-stung houses perched like lifeguards overlooking the shore, Lago Point is the scene of postcards, not crime scenes. Wife and mother Abbi, town cop Blake, schoolteacher Hannah and local doctor Will are caught in their own tangled webs of deceit.

When the truth washes in to their beachside community, so do the judgements: victim, or vigilante, who will forgive, who will betray? Not all relationships survive. Nor do all residents.

Be the first to read it by pre-ordering now!

‘Our lives were built around the strength of a kiss between strangers. Yet seven years on, look where it led us . . .’ 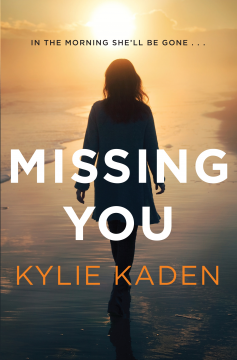 When Aisha met Ryan she fell hard for his good looks and easy charm. Why worry that he didn’t want children or a 9 to 5 job? Nothing and no one would come between them.

But with the birth of their high-needs son, Eli, their extraordinary love is shackled into an ordinary life, their passion blunted by responsibility.

Until Ryan can’t take it anymore.

Now, following a mysterious phone call late one night, Aisha leaves four-year-old Eli in the care of her elderly father Patrick – and doesn’t come back.

As Patrick struggles with the grandson he barely knows or understands, his frustration with his missing daughter and absent son-in-law quickly turns to fear.

Particularly when blood is found in Aisha’s abandoned car . . .

Longlisted for the 2016 Davitt Awards.

“A layered, absorbing tale of love and suspense.”  Book’d Out

‘The first thing you must know: I loved Missing You so much I read it in a night...Missing You is a fabulous second novel from Kaden and I cannot wait to see what she does next.‘ Debbishdotcom

‘I was blown away by this, Brisbane-based author Kylie Kaden’s second novel. After reading her debut novel, Losing Kate, last year, I didn’t think she could get any better. Boy was I in for a surprise…Cleverly constructed, captivatingly written and, at times poignant, I found it difficult to put this novel down and read it within a day. Just like Aisha and Ryan got under each other’s skin, I have no doubt that this book will creep under yours! Highly recommended.” BookMusterDownUnder

‘Missing You had me hooked, desperate to find out what happened to Aisha’  Nicolehasread

‘I seriously loved this book…I’ve always had a fascination with twins, however, and when we were introduced to his brother, Luke, I was completely hooked.  The clever plot is revealed in layers, and I loved the way the most ordinary conversations and situations were suddenly sinister as the story unfolded. Kaden makes some very intelligent observations (again, especially with Patrick, I found) and her handling of showing the good and bad aspects of mental health seems effortless.’  Lee – Goodreads Reviewer

Order the paperback from Booktopia here, or in BIG W, Target and all good bookstores.

Goodreads member? Add Missing You to your read list here

This mesmerising debut is part love story, part mystery, telling the captivating story of two lovers torn apart by tragedy and the secrets they kept of one devastating night.

I’m the most authentic version of myself when I’m around Jack. We’ve known each other since we were kids, and our relationship was always one of mudpies and mocking.

Beautiful Kate, my best friend, disappeared on a moonlit beach after Jack dumped her for me. Jack was a suspect and, sure of his innocence, I lied to protect him. I know Jack didn’t kill her. Our betrayal did.

Thirteen years later, I am thirty, childless and single, attempting to renovate my life rescuing a rundown worker’s cottage. All is as it should be in my safe little world – until Jack buys the vacant lot behind my house… and the feelings that we buried all those years ago – the guilt, the love and the pain – resurface.

We can’t keep running away from the past – and to move forward we have to know what really happened to Kate. Kylie was a contributor to the non-fiction Anthology by 25 Australian writers sharing the good, the bad and the ugly about getting published. 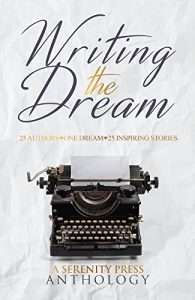 .. the individuality and intimacy of their
personal narratives which will touch and
inspire you …” WILLIAM YEOMAN, THE WEST AUSTRALIAN

Buy Writing The Dream on Ebook Here for $3.99

This site uses Akismet to reduce spam. Learn how your comment data is processed.